The benefits of chess 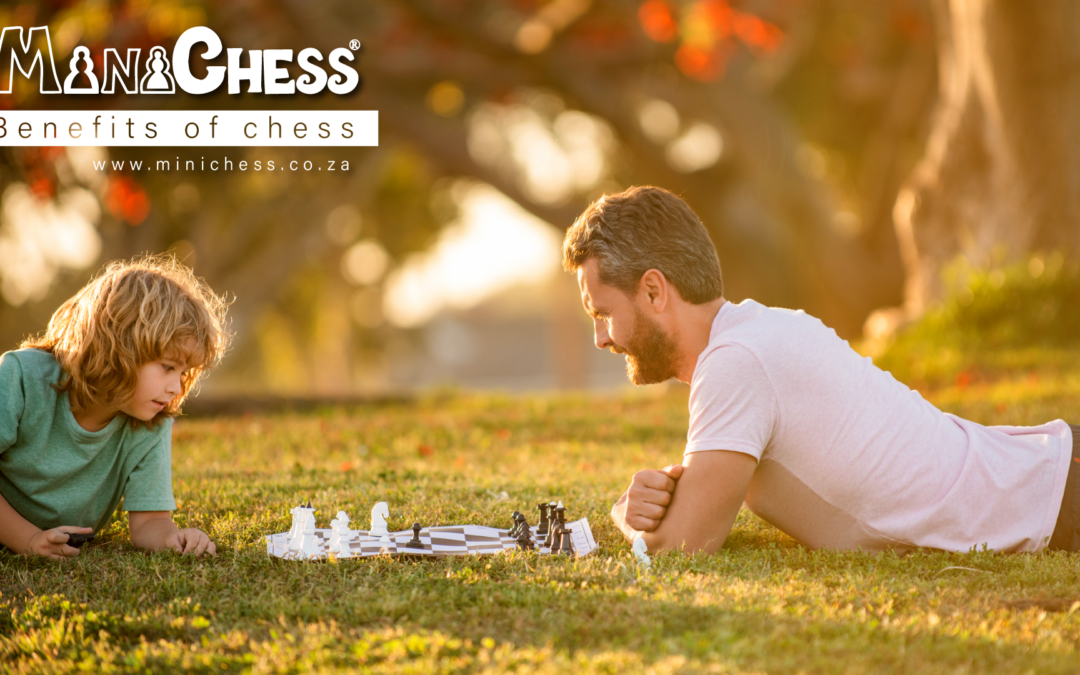 A lot can be said about the benefits chess has on the development of children, but what are those benefits and why should your child start playing chess from an early age.  In this article, we will discuss some of the benefits and see how it has relevance to daily life.

To understand the benefits of chess, let’s first understand what chess is.

Going back almost 1500 years, the game of chess originated in northern India but then spread to Persia.  When the Arabs conquered Persia it was taken up by the Muslim world whereafter it was spread through to Southern Europe through the Moorish conquest of Spain.  In Russia however, the game of chess came directly from Muslim territories to the south.

The way chess pieces moved originally changed during the 15th century.  During the second half of the 19th century, people started playing modern tournaments as we know them today.  The first world championship was held in 1886.  In the 20th century, there were major advances in chess theory as well as the establishment of the World Chess Federation (FIDE). Chess, as we know it today, uses 16 pieces per side (32 in total) on a board of 64 squares arranged in eight verticle, and eight horizontal rows.  These squares alternate in two colors (one light and the other dark).  The objective of the game is to capture the opponent’s King.

Now that we understand the basics of what chess is, we can look at the benefits that chess has, especially in the modern world.

Chess has been proven to be a very important educational tool because of all the incredible benefits but how does MiniChess assist in the development of children?  MiniChess has been specifically engineered to use mini chess games or scenarios to teach kids during their development years all the benefits a normal chess game would teach them but through direct and strategic lessons.  MiniChess uses all learning styles in every lesson, which literally makes it beneficial to every child.  It is fun and engaging through storytelling and roleplaying, and it utilizes not just 2D, but also 3D perspective in each lesson.